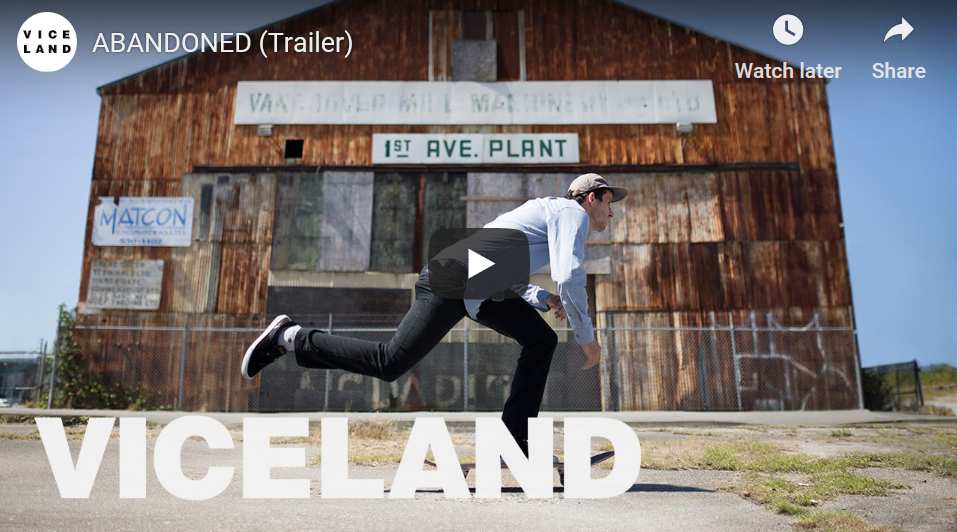 For those of you who may not have a particular type of streaming, cable or satellite service, a few years ago History 2 was taken over by the VICELAND channel. It is the brainchild of famous director Spike Jonze, whose repertoire includes acclaimed films such as Being John Malkovich, Her, and the famed… Jackass franchise (https://en.wikipedia.org/wiki/Spike_Jonze). VICELAND is filled with lots of shows that fulfill its namesake by running show after show of interesting characters visiting exotic places eating exotic foods and experiencing exotic cultures. It’s real fun, especially if you don’t mind seeing things that might be a bit off-color, a bit gluttonous, and often highly visually appealing. One show that has a slightly different take is called Abandoned.

Probably meeting some VICELAND base criteria for production, it’s a bit of a quirky premise. A near-middle-aged skater dude Rick McCrank takes to various places around our beloved country, some famous, most not-so-famous with some drones and a camera crew. Some places they visit are iconic in the American psyche but otherwise hidden from the modern world like various ruinous stops on Route 66. The show gives shot after shot of nostalgia with breathtaking drone footage – sublime for a number of reasons; otherworldly places overtaken by nature, forsaken cold war-era ruins harboring the potential of mass-destruction, failed promises of mega-commerce, all-to-familiar dead main streets, ecological disasters, the withdrawal of heavy American industry, and the list goes on. The production crew have found some profoundly depressing things to bring forward for your viewing pleasure. It’s still very entertaining and highly thought-provoking.

There is one episode that strikes close to home, particularly in the Midwestern United States. All of our metropolitan areas – Cedar Rapids, Waterloo, Des Moines, Quad Cities, Iowa City or Mason City- have lost major anchors to our malls. Cedar Rapids’ Lindale Mall recently lost both Younkers and Sears within a month. In this episode of Abandoned, the host takes to places bustling as recently as 15 years ago, now completely lifeless in the middle of a wasteland. The skylights still bathe the floors of atria in daylight but no one is there to enjoy it. The food court is still littered with the cups and papers from the last meal. Vandalism and the decay of time act as cavity on an otherwise “healthy” area of town. 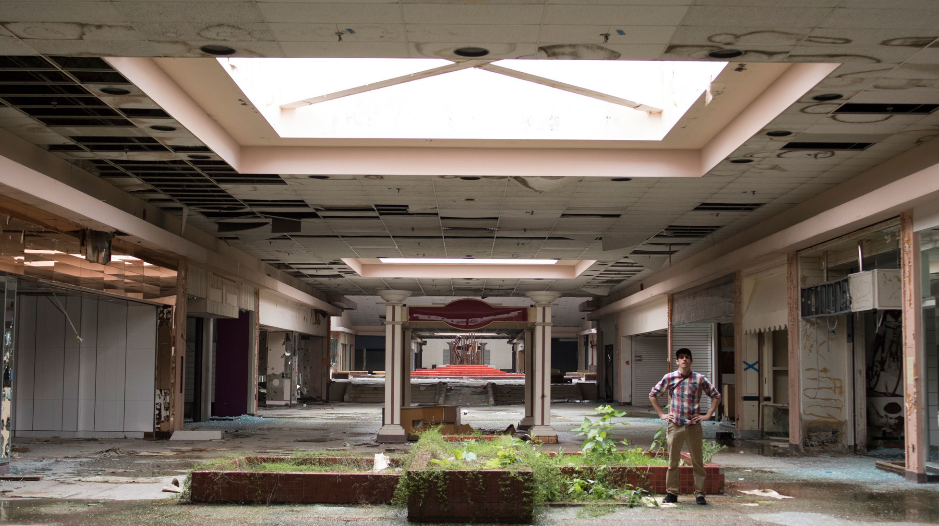 As some point in each show, the host hops on his skateboard to attempt a variety of tricks over the broken concrete, buckled wood floors and rusty handrails. While it seems like a bit of a cliché that skaters take over places that have lost value and that being skated on may highlight that the place has, in-fact fallen into disrepair, there is perhaps a broader message of hope – While the skater-in-dotage may approach futility, the person, as well as the place, may be capable of better and more valuable things moving forward as something different than what brought them to their current state. But the time is short, so let’s get thinking and working toward our new future.

That’s where MGA comes in. We have worked with strip malls, malls, downtowns, individual businesses, individual storefronts, and main streets as wholes to bring reinvestment into communities. We help chase grants, we build relationships, we devise plans of attack and refocus what a place might be everyday. Take some time to check out our website and projects list to see examples where we have strived to maintain, rehabilitate, reimagine, and sustain places that give our communities hope and character.

Processing...
Thank you! Your subscription has been confirmed. You'll hear from us soon.